The Rotary Club of Christchurch Inc. provides grants to suitably qualified applicants. Please contact us to find out more about the application process.

As a guideline, successful applications
are typically those which:

Rotary Youth Leadership Awards (RYLA) is Rotary’s leadership training programme for young people and is designed for young adults who want to develop their leadership ability and who express a commitment to community service.

It’s held at the end of the year, and students stay on campus during the course. This is a really popular opportunity for young people looking to develop their leadership skills as they enter the professional workforce. Our Club sponsors students each year, paying for half of the course fees on your behalf. Contact us today to find out more, or view the RYLA website. 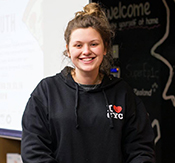 “RYLA is an experience to move out of your comfort zone and begin thinking about your leadership style, your future goals and what you want to achieve in life. I’m grateful to have had this thought-provoking opportunity that has helped me on my journey” 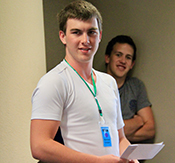 “I was lucky to get sponsored to participate in RYLA but I had no idea what to expect. A few people who had previously done it told me it was “incredible and life-changing”, but that didn’t give me much information and only made me sceptical.

However, after my week on RYLA, I do believe that it was incredible and that I learnt many things with which I can use in my life to change it for the better. Some examples are the leadership drills with the army where one person in a group acts as a leader to achieve a task. Another example is all of the speakers who come and share experiences and stories, from extreme events overseas and in warzones to standard everyday workplace scenarios.

There are too many examples to list but probably the most important experience and initial challenge was meeting your peers. It’s amazing how over just one week you can go from being complete strangers to extremely close friends. Networking is so important nowadays and this is probably the best opportunity for that.

On RYLA I learnt things about leadership that have already helped me in everyday life and I also learnt a lot about myself and the sort of person I want to be. I can’t recommend RYLA enough. Get out of your comfort zone and give it a go.” 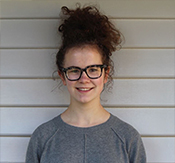 “Personally and intellectually, the forum was a fantastic experience. Not only did I meet other enthusiastic, likeminded students, but I came away with experiences in science and technology beyond anything at school.”

This is an annual programme for outstanding all round science, maths and technology students in Year 12 who will be returning to Year 13 and are planning to study the sciences or technology at tertiary level.

This fully residential programme is conducted by Rotary and the Tertiary Institutions of Auckland for 2018. By the end of the Forum students should have a better understanding of the tertiary courses they wish to follow and a fuller appreciation of the place of science and technology in the wider community. It also provides an opportunity for high achieving students to spend time with similar minded people, and the experiences gained invariably result in overall personal growth and renewed motivation to succeed.

Contact us to enquire about sponsorship, and find out more on the Science and Tech Forum 2018 website.

This project started in New Zealand in 2008 The project is run by Rotary clubs throughout New Zealand and has been taken up by clubs in every district. To date Usborne Illustrated dictionaries with a retail value of nearly $3 million have been distributed. The objective of the project is for Year 4 children (8-9 year olds) in low decile schools to personally receive their own copy from a Rotarian or Inner Wheel member at a school presentation.

Rotary Clubs pay for the dictionaries. The project is intended to be on going – every year – nationwide. It fits the Rotary International goal of ‘Literacy Development’ – also benefits mums & dads i.e. the whole household. Over time will be a great literacy aid for most low decile homes NZ wide.

The project is organised by the Bill & Lorna Boyd Charitable Trust. Not long after Bill Boyd commenced his term as Rotary International President in 2006, members of the Rotary Club of Pakuranga decided to mark the occasion by the formation of a charitable trust. When asked what he thought the most pressing needs for the world were, Bill, who had been traveling the world for Rotary for some time, quickly responded, “education and water”. Bill had also been interested in a Rotary project operating in the United Kingdom involving illustrated dictionaries. The Trustees did not take much persuading that the distribution of the Harper Collins Usborne illustrated dictionaries through Rotary Clubs to year 4 children in New Zealand low decile schools, was the way to help reduce a growing literacy problem. To date the Trust has, through Rotary Clubs, distributed 110,000 dictionaries to low decile schools throughout New Zealand.

Rotary’s Traditional Plum Puddings are made from only the best fruit, spices and wholesome ingredients to a time-proven recipe that everyone loves year after year.

Rotary Plum Puddings are great to share with family and friends or to say thank you to your clients or staff. These are sold at the end of each year, contact us if you would like to purchase a pudding for your family or colleagues.

Each one you buy includes a substantial donation to Rotary projects and local charities. Proceeds from sales, shared with participating Rotary clubs throughout New Zealand, exceed $1.7 million since the project’s commencement.

Rotary Traditional Plum Puddings are vacuum packed in a can for superb freshness.

ROTARY IN OUR COMMUNITY

The aim of this grant is to continue the tradition of helping significant projects in our community. To foster a mutual relationship with members of our Club and the successful charity over several years, and to have a concrete impact in our community. The funds available are up to a maximum of NZ$25,000, dependent on allocations being available in Club accounts.

This fascinating bike/walk/run trail is approximately 140kms encircling the city of Christchurch, from the Crater Rim to the ocean, along the eastern seaboard to the Waimakariri River, along the stopbanks to Mcleans Island then meanders across farmland to the western edge of the city where it continues through the suburbs to the Halswell Quarry and then up to the Crater Rim.

The concept belongs to Dr Colin Meurk, Ecologist at Landcare Research and an article in the paper about “Meurky’s Walk” led to the Christchurch Rotary Clubs becoming involved with signage, planting and maintenance. The Rotary Club of Christchurch is looking after a 10km stretch along the stop banks of the Waimakariri River including an area locally known as “The Sanctuary”, part of Templars Island. For the last two years club members have been planting trees, shrubs and flaxes and have just planted the 1000th. In The Sanctuary Colin Meurk has selected plants that will help sustain the birdlife, bring back some of the habitat that had been cleared by flooding or clearing by humans. There is a great sense of pride from members who are now able to see the trees establish themselves against a backdrop of poplars, willow and the everpresent blackberry and Old Man’s Beard with the hope that in time a lot of the aforementioned will be eradicated because of the planting. 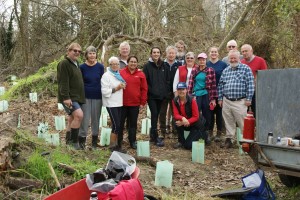 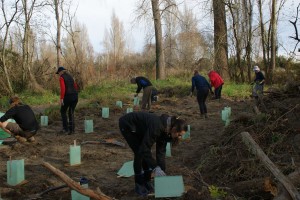 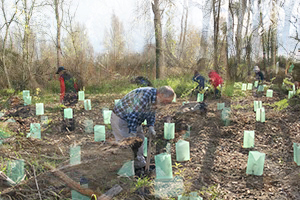 John Veale of Christchurch Rotary has been visiting the Cook Islands with The New Zealand Aid Eye Team for over 30 years.
He had noticed a gap  in the Cook Islands, for people with disabilities and the elderly. There are  NGO agencies providing care but they struggle to find enough money to provide their service. 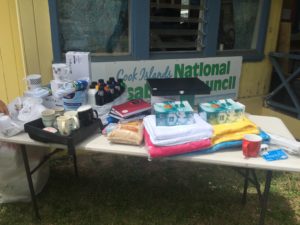 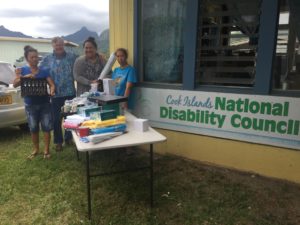 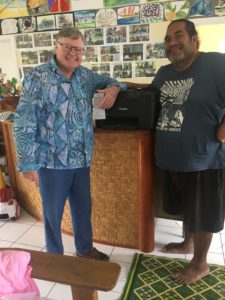 Back in 1996 The directors of Christchurch Rotary Club had a meeting to brainstorm possible fund-raising activities for the future. The then President was the late David Sutton. Dave’s vision was that we form a committee and run a fundraising ball for Canterbury’s children’s charities. His proposition was that we had plenty of connections to enable us to influence people to attend a ball and the club had the expertise of people with the technical knowledge to allow us to stage one. It was agreed to proceed and the first staging of the ball took place the following year at the then convention centre on Saturday September 8 1997.

The ball proved to be a great success and was staged for many each years, even through the regeneration period following the 2010/11 earthquakes. Over the years approximately $1.5 million has been raised and donated to various children’s charities in the Canterbury area.

Our Club keeps extensive archives on our activities over the years. We have run many projects with and for the Christchurch community.

Please contact us to see if we have old photos of Christchurch you are looking for.